Since my last dogs portrait I've been working on something much more difficult and, surprisingly, demanding much closer attention to detail. It's taken a couple of weeks to do but I can't say any more about it because it's something I've drawn as a gift for someone. I doubt that they would ever visit my blog but I'm going to err on the side of caution and not post the piece here yet. I'm excited about what I've done and am bursting to show you all ..... but it'll have to keep for another couple of weeks.

In the meantime I thought I'd show you my Snowdrops. I am blessed with a garden that oozes Snowdrops at this time of the year and they grow just about everywhere ... in the lawn, in the flower borders, in the gravel driveway and even in crevices between rocks. As a keen photographer I'm always trying to get that perfect shot of them and I must have hundreds of photos. Here is just a small selection together with my latest attempts at both painting and drawing them.

Oh, if any of you want Snowdrop reference photo's for your artwork just let me know and I'll look at the high-resolution originals for you. ;-) 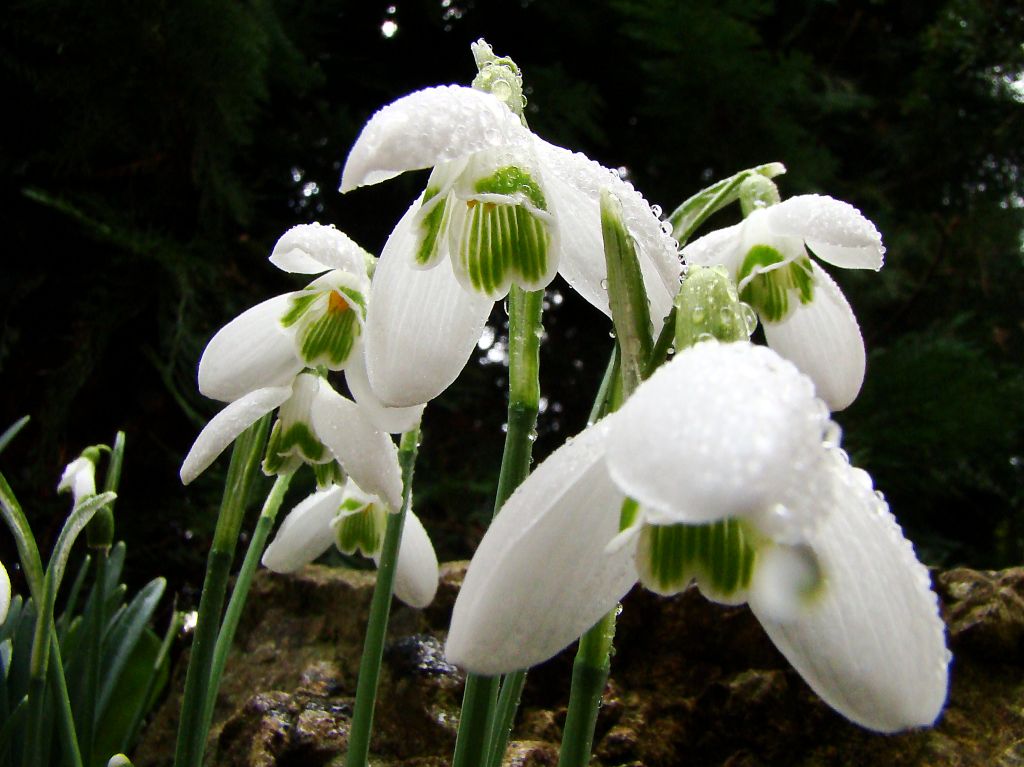 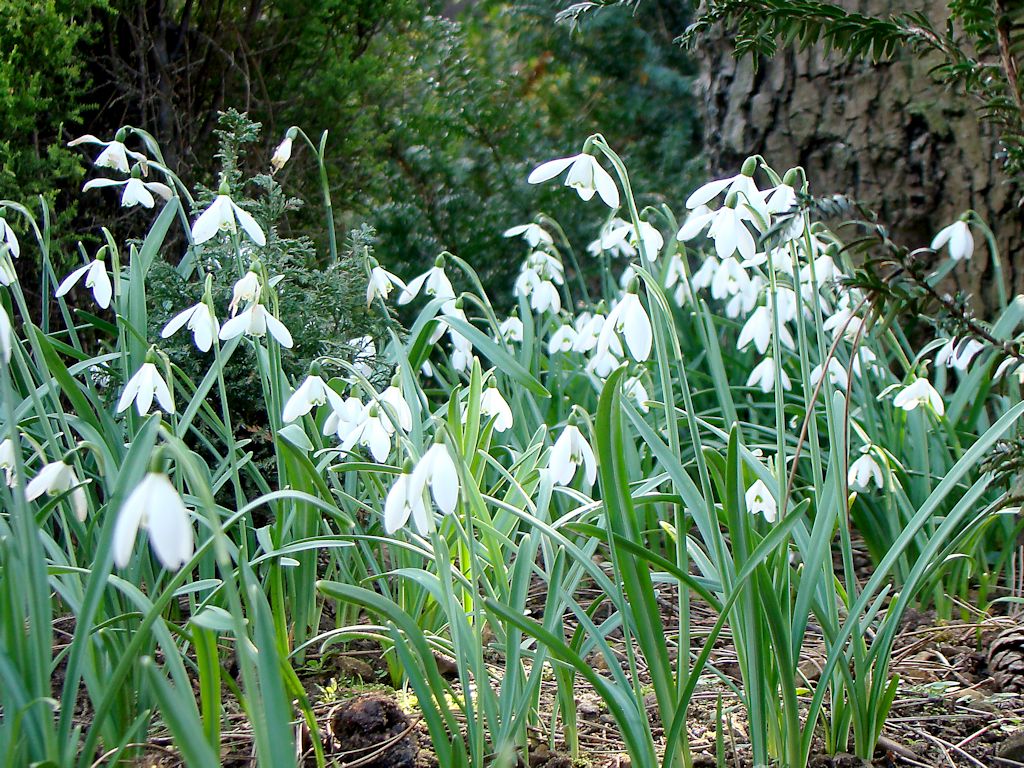 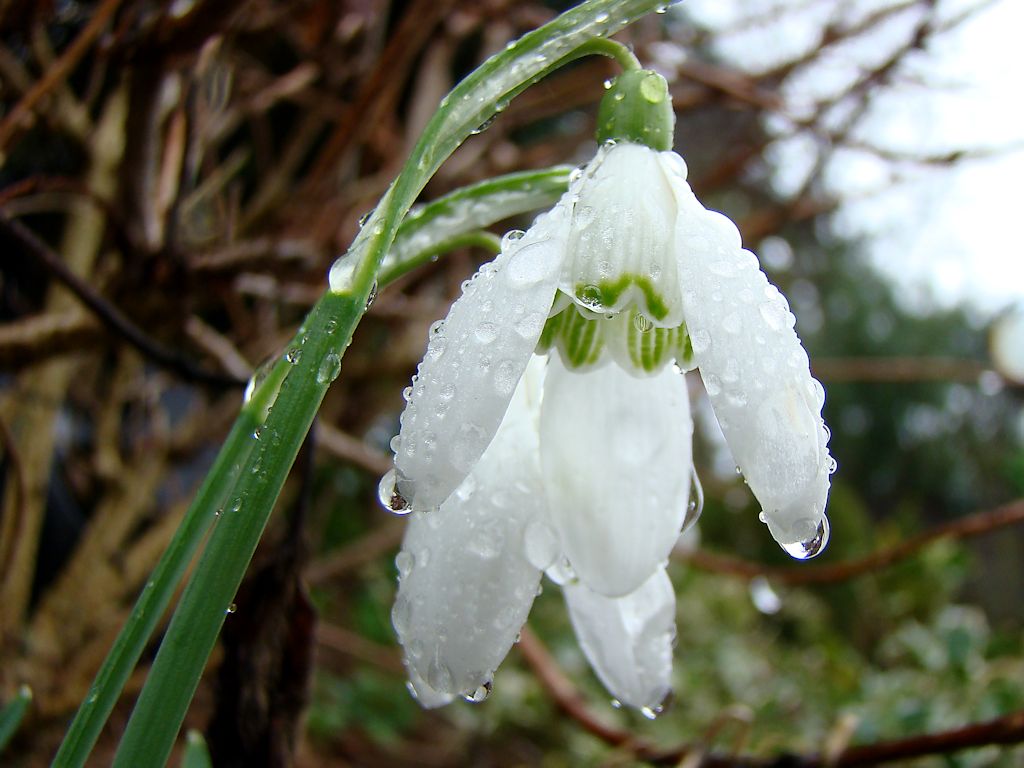 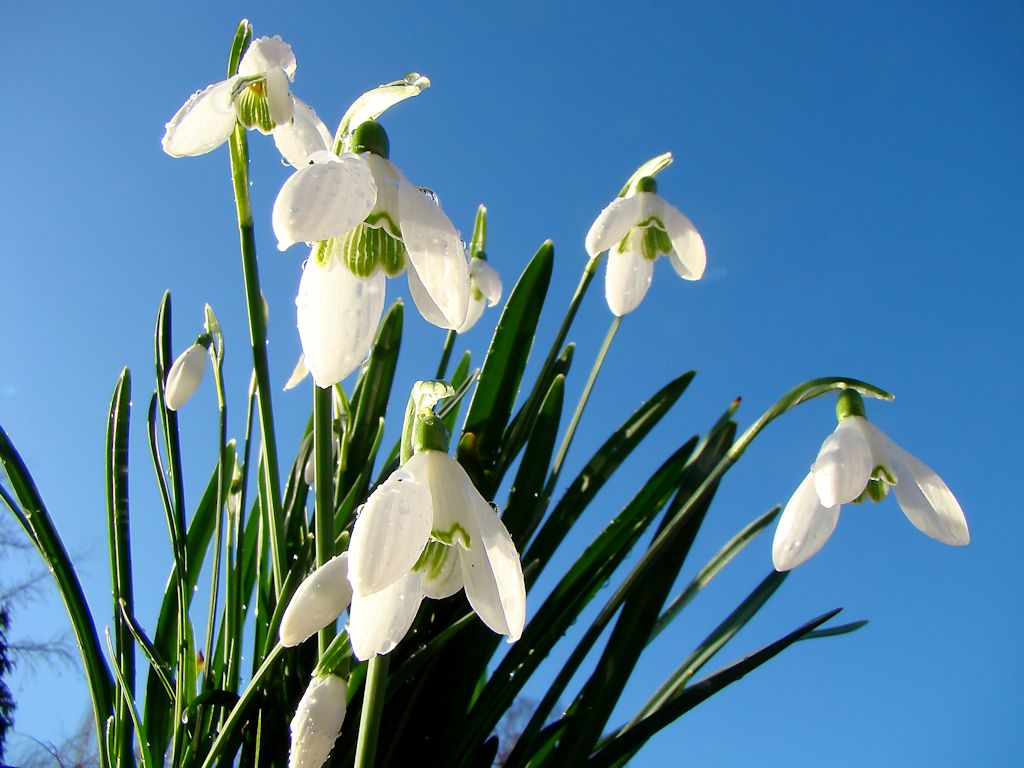 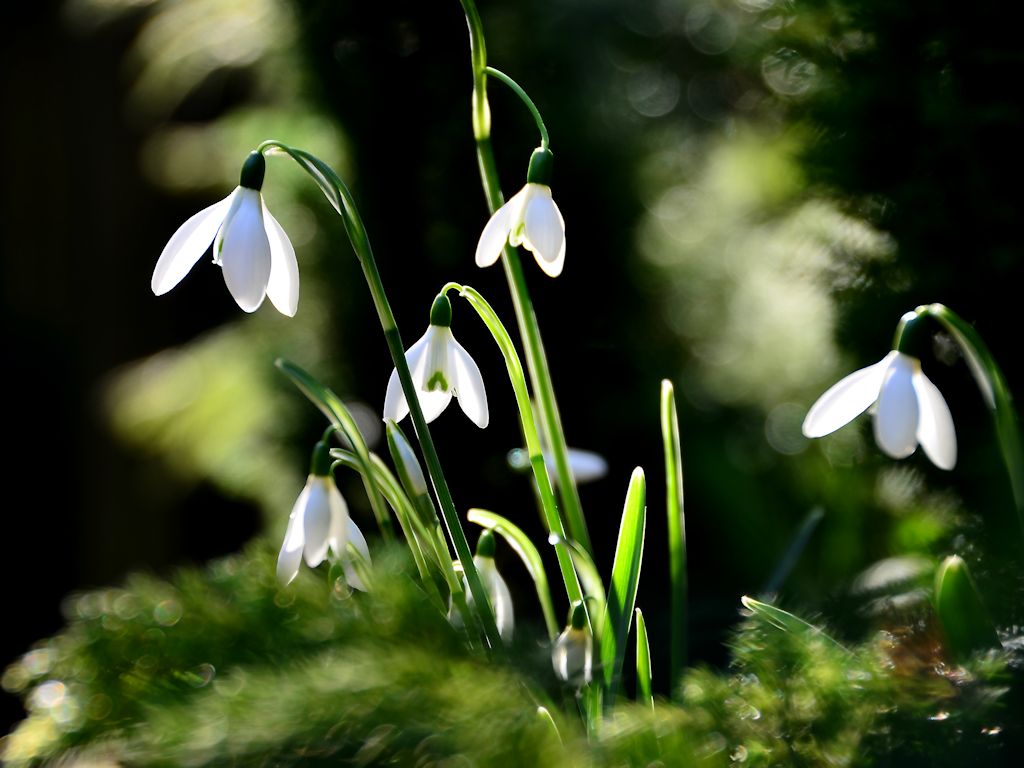 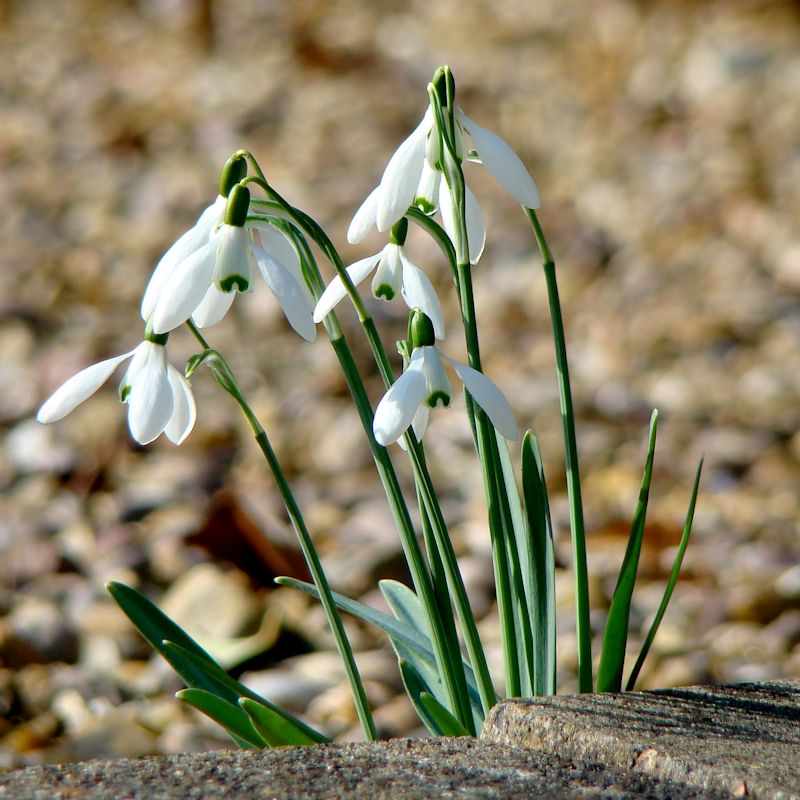 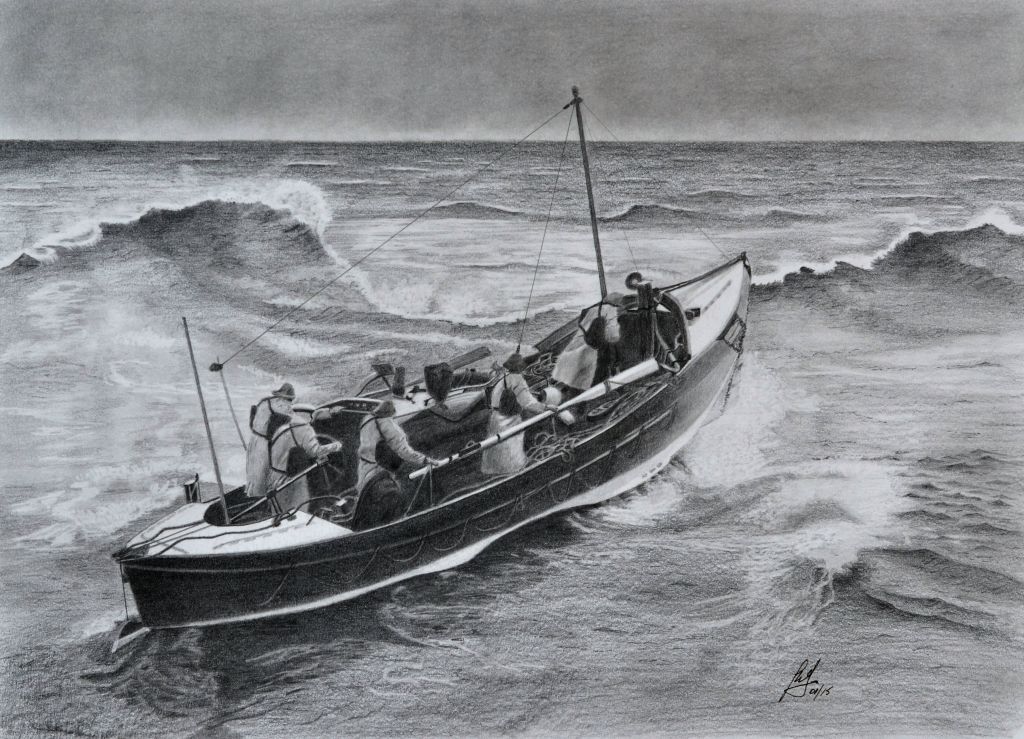 Happy New Year to all my blogging friends. ;-)

For me, 2014 wasn't a great year. It started with me packing up my parents belongings and selling their home of nearly 50 years, helping them to move away from the town they've lived in for almost all of their 68 years of marriage. They now live 130 miles away with my sister, and whilst that has been the best result for them, it has been difficult for all concerned .... and I miss having them nearby. They have both had periods of illness that involved many journeys up and down the motorway visiting them and providing support to my sister. Sadly Dad passed away in October. He was 96 and suffering with Alzheimers, so in many ways it was a blessing I think. Mum has had more than her fair share of problems but, at this time, she is doing very well.

My art will never be more important to me than family and so it has been on the back burner. There have been periods during the year where I've found myself with the time to pick up my brushes or pencils, but I just haven't been able to get excited about painting or drawing anything. Sure, I've tried, and there have been times when I've made a determined effort to get back into my art, back into blogging, and back into following what the rest of you are doing. But those times have been very short-lived.

Just before Christmas my aunt, during a brief pre-Christmas visit, saw the pencil portrait of my two dogs hanging on the wall of my lounge and asked if I'd drawn it. When I said I had she wasted no time in asking me if I'd do a similar drawing of her daughter-in-law's two dogs. Though she wanted to give the drawing as a Christmas gift, she wasn't concerned if it wasn't ready in time. With some trepidation, I agreed.

My cousin, a co-conspirator, sent me a number of reference photo's and I set to work just before Christmas, finishing the drawing around the New Year. On Sunday we all went out for a family meal and the drawing was handed over. The reaction was out of this world and I couldn't be more pleased with the way the portrait was received. 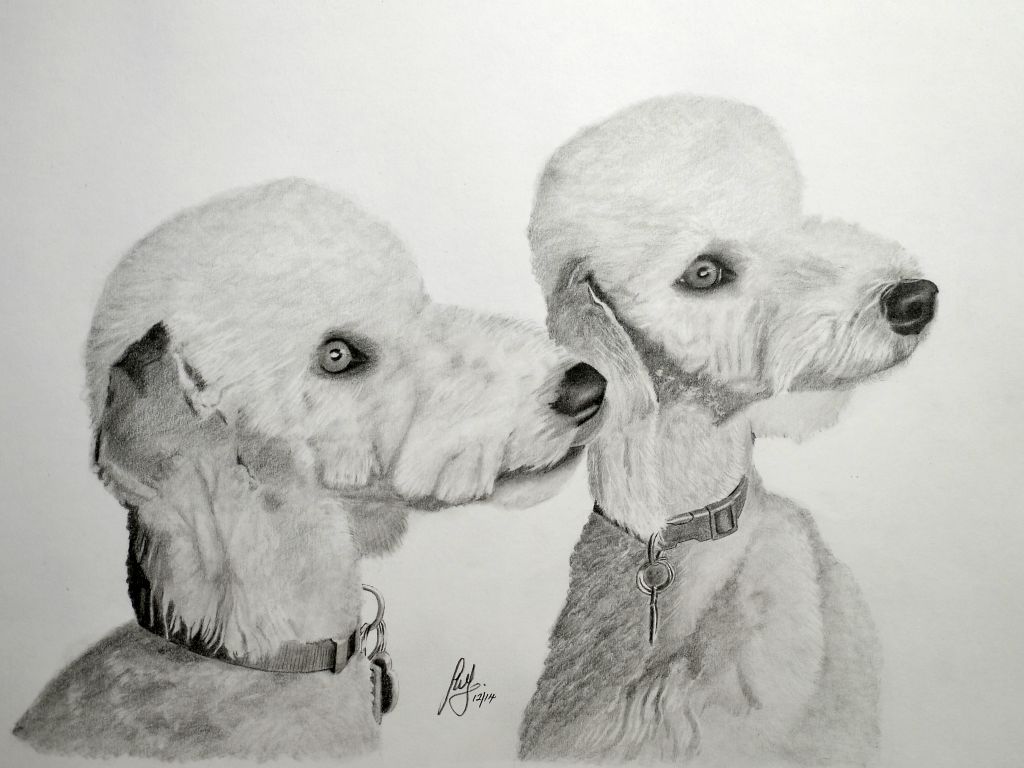 As I drew the dogs I felt myself buzzing .... enjoying every moment .... and thinking about what to draw next. Many times I've been asked if I have made any New Years resolutions and I always say "No", because I don't do that. However, something inside me is telling me that 2014 has finished and that 2015 is going to be a much better year. And so it is that as soon as the dog portrait was finished I put a clean sheet of paper on my drawing board and started the next one. It's my most ambitious yet ... I'm buzzing with excitement .... loving every minute of it .... and it's almost finished.

I think 2015 might bring me renewed enthusiasm for my art and I hope it brings you whatever you're wishing for too.
20 comments: