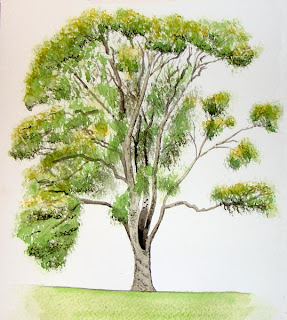 About 6 weeks ago, as I was driving to work one morning, a stone flew up from the vehicle in front and cracked my windscreen. I wasn't too concerned and contacted Auto Windscreens to come and fit a replacement for me. It was almost a week before they could attend. The fitter appeared to do a good job, not that I'd know if he didn't, and I signed his piece of paper for him happy that my car was as good as new ... or so I thought.

The first time I drove the car, it didn't feel like mine at all. It was noisier in every way ... wind noise, traffic noise, engine noise. My car, a Toyota Avensis Tourer, is of reasonable quality and one of the main reasons I bought it a few months ago, was the quiet ride. This wasn't MY car. Undeterred I contacted Auto Windscreens ... or at least tried to. If you're one of those rare people who like impossible menu systems, continual diverts and lots of piped music, give Auto Windscreens a call - you'll love it. I didn't. When I did finally succeed in getting through to someone I was told that poor gluing can create wind noise, but I must be imagining the other noises. I have no intention of detailing all the many phone calls and arguments I've had over this, just suffice it to say my mission has been challenging, my temper has been frayed, and my blood pressure has been high.

But cutting a very long story very short, let me get to the point. What I eventually discovered through internet research, and what has now been confirmed, is that some manufacturers use Acoustic Windscreens. These are glass screens with soundproofing properties specifically designed to minimise the amount of engine, road and traffic noise getting into the cab. They are of particular importance on Diesel engined vehicles, such as mine.

Finally today, after 6 exhausting weeks of battle, Auto Windscreens attended my vehicle and replaced the previously fitted screen with an Acoustic one. Hallelujah!!! I have my car back. My preference was to have a genuine manufacturers screen fitted but they refused to do that, and I can't be certain that noise levels are now down to what they used to be before that blasted stone hit my screen, but they are certainly an improvement on the last one.

And the reason for this rambling post is to let all my followers know that there are such things as acoustic windscreens. I was unaware - I had no idea - and I almost got taken for a mug. If you're unfortunate enough to need a replacement screen, make sure you get the real deal. Oh, and don't get it from Auto Windscreens.

The tree? Nothing special and certainly nothing to do with my story ... but this is primarily an art site so I thought I'd better include some art. ;-)
3 comments:

For the past few years I've always had the serious intention of painting my own Christmas cards. Every year I am determined that this will be the year ... and every year I fail to get started early enough and finish up complaining that I've no longer got enough time to sit and do them. 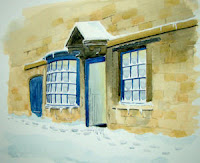 Last year was the nearest I got and I actually painted a couple of scenes before running out of time to incorporate them into a card design and deal with the printing. This is one scene. I used a photograph I took of a shop front in the high street in Chipping Campden in the Cotswolds. It was a hot summers day and the sun was beaming down - a long way from the cold wintery scene I needed for my card. But some artistic licence soon converted the scene into a more festive one. 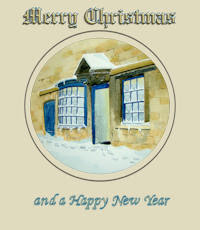 I used my Image Editing software of choice (Paint Shop Pro) to create a suitable 'card' design based around my painting, allowing me to 'frame' the picture and add a festive greeting. The result is a passable card though I'm hoping to do better with the rest. I intend to do about five paintings which will be incorporated into various designs and that should give me enough combinations to print off a reasonable quantity to send around my family and friends.

Anyway, this post was done as a friendly 'nudge' to all my cyber artist friends out there to say Christmas is coming and if you're thinking of making your own cards this year, it's time to get started.
5 comments:

Excited about this one.

I haven't enjoyed any art or posted to my blog for quite a while because I simply haven't had time. I had a long-overdue garden project to deal with that involved moving a concrete slabbed path, and I also got roped in for changing my daughter and son-in-law's bathroom suite. Throw on top of that my usual day-job and planning and arranging a special weekend for my wife's 60th birthday, and important matters like art just get pushed onto the back-burner. Whatever online time I've been able to find has been directed into trying to maintain some sort of presence in my art forum.

One piece of bad news is that my wife developed a rather nasty mouth infection leading to a massive absess just days before her special weekend. As a result we've had to postpone our trip, but it will still go ahead in due course. It won't be the same, not being on her birthday, but at least she will still get her treat. 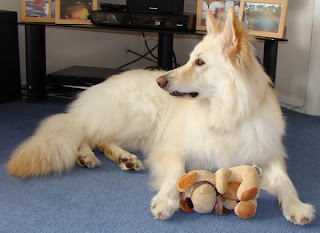 While all this has been going on, a friend of my wife's has approached me to do a drawing of her brothers dog. I popped down to her house the other day to take some reference photo's and fell instantly in love. What an animal this is. A white German Shepherd, with hints of gold here and there, a fine brown nose and the bushiest bushy tail you could ever imagine. I have never painted an animal portrait before though have done reasonably well with graphite. Consequently I'd not thought of using anything other than graphite ... until I saw the dog. I took 66 reference photo's and have no idea which pose to use, but as soon as I saw the colouring I realised that graphite was never going to do justice to such a fine animal. I'm always happy to hear suggestions and advice so feel free to give me your views. In the meantime I'm in 'think' mode. I've often wondered about buying some Bristol Board and having a go with coloured pencils ... maybe now is the time.
5 comments: