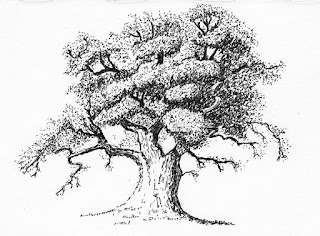 Good grief, it's been over 2 months since I last posted .... doesn't time fly when you're working your socks off? LOL.

As most of us know, it's that time of year when our gardens beckon and anyone with a 'formal' garden will know just how much post-winter tidying up and spring weeding, trimming and pruning is necessary. My greenhouse is bulging at the seams both with tender plants that have overwintered in there, and with new plants born from cuttings. I'm an old fashioned gardener so won't plant out any tender plants before the end of May. Nearly there!!!

We have also decided to have a new kitchen so remodelling has also been high on the agenda. I'm needing to finish painting the hall and passageway now that our new Front and back doors have been fitted but progress is being made as I spend sunny days outside and wet ones inside. Sometimes I feel like the little man in one of those old Swiss Weather Cottage ornaments. LOL. 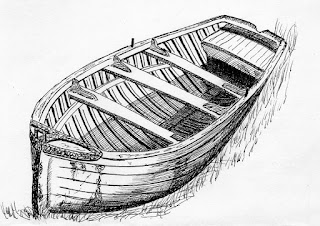 On top of everything else I've also been fixing my web site - JWJonline. Google recently announced that they would be giving less importance in their search results to sites that were not 'Mobile Friendly'. They use all sorts of complicated expressions like 'Responsive Design' but what it really comes down to is a flexible layout that looks good on any size screen. At first I ignored this 'advice' but eventually looked closely at the statistics for my site and found that my traffic is fairly equally split three ways, one third from phones, one third tablets and one third desktops, This is a massive change even over the last 12-months.

With 2/3rds of my traffic coming from mobile devices I decided I had to deal with the matter. For template-based sites run by hosting companies there is little the end-user can do to alter the technical structure of the site but for someone who has built their own site from scratch, as I have, the ball is firmly in my own court. It's been necessary to look up lots of things and my learning curve has been steep, but I'm there now and very happy with the results ..... fonts rescale, images rescale and text moves fluidly around the screens. Whether you view my site on a phone, tablet or desktop, the pages ought to look good. (Let me know if you see something that could be improved). I have to applaud Google for providing some extremely useful tools especially one that allows a desktop user to see how his site looks on any other device. 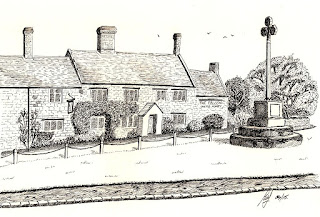 So, while all of this has been going on I haven't been able to do much art. I've occasionally spent a little time doing ink sketches, such as this tree, old rowing boat and village green, just to keep my hand in, but 'serious' art has had to take a back seat. Still, summers almost here, the web site is virtually finished, the garden will soon be looking after itself and the kitchen won't take forever, and then I'll be out in the summer sun with my sketchbook as I'm determined to do some urban sketching this year.