Well, I warned you that I'd be posting some "Birds on the Lake" photo's soon, and here they are. Like everything else, if we want to be good at anything we have to practice. Nothing could be truer when it comes to using a DSLR properly. I have no desire to be a 'point and shoot' photographer so I switched off 'Auto' on day one of owning my new Nikon D5100. I already had a good understanding of exposures from using my bridge camera for the past several years, but a DSLR provides me with a wealth of new things to get to grips with and it can't be done just by looking at the manual. Hands on experience is the only way.

I have taken hundreds of photo's around my garden of all manner of irrelevant subjects just to give me something to point my camera at but one day last week I treated myself to a walk in the park. It was great fun - I was only there for an hour and during that time I took 266 photo's. Here is just a small selection. 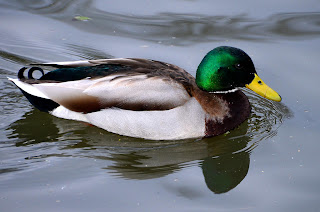 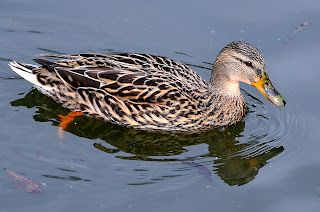 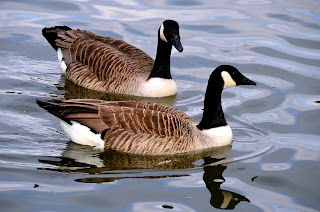 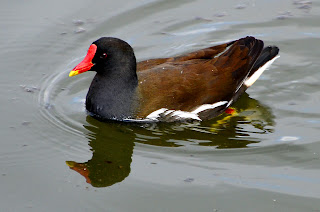 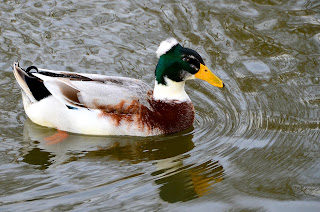 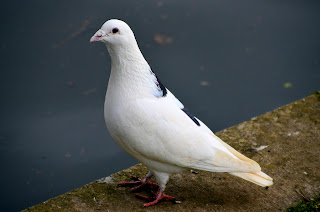 As nice as it was to watch these birds and take photographs of them, I was even more delighted when a pair of Mute Swans moved in fairly close and one of them started 'displaying'. It looked so majestic, stately and regal. 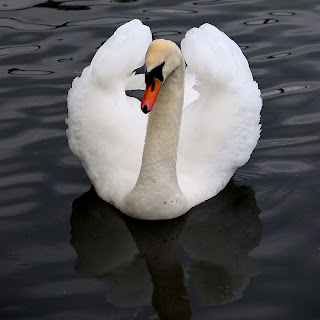 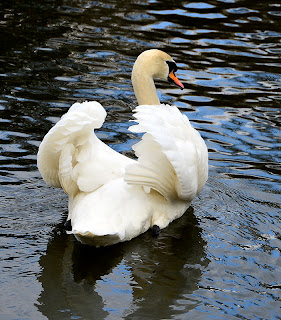 The Swans were near enough for me to get some really close head-shots. I like this shot because of the water dripping from the beak but I can't profess to skilfully timing my moment. I was just lucky that this is a messy Swan that dribbles a lot. 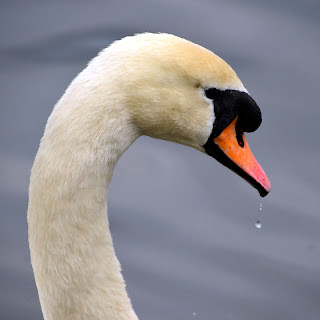 Later I found one of them enjoying a spot of preening in the shade of the tree-covered island and thought what a great watercolour painting the scene would make, especially with those reflections. White Swan and white reflections ... could this involve some interesting negative painting? 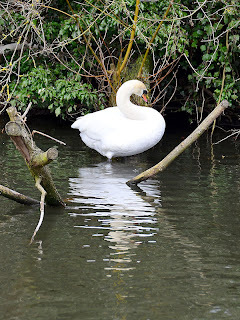 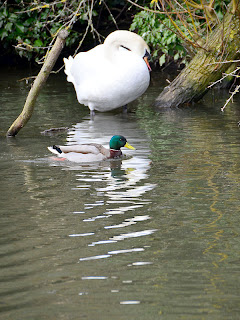 But not all of my shots were clear and sharp. I tried my hand at shooting (photographically) flying birds. I salute all those photographers who have posted on the net pin-sharp shots of birds in flight. This is something I've tried many times with the small birds in my garden, with little success, but I believe that if I keep trying I will one day get the hang of it. Either that or I'll buy a shotgun and find another way of shooting them. My efforts aren't complete rubbish as I managed to get a few shots where at least the bird was in the frame ... but hopefully I will eventually learn how to get them sharp. 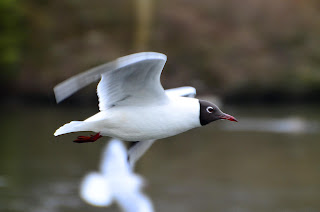 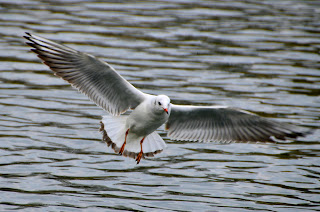 And there was one hilarious moment when a handful of Gulls were about to share out a large slice of bread and a Black-Headed Gull swooped through and stole it from them. It was over in a flash and there wasn't time to worry too much about camera settings, but I did react quickly enough to at least record the event, as this sequence shows. The culprit was last seen disappearing into the distance with a gang of half-a-dozen furious ex-mates on his heels.

During my brief walk I took many photo's. Some carefully planned that turned out bad, and some hastily taken that turned out reasonable. I had some lucky shots, like the drips from the Swans beak and some unlucky ones, like the kissing Swans disturbed by a barking Alsation just as I was framing them, but every single click of the shutter brought pleasure, and that is what I went out to find. Do I have a favourite from that particular day? Yes .... this one. 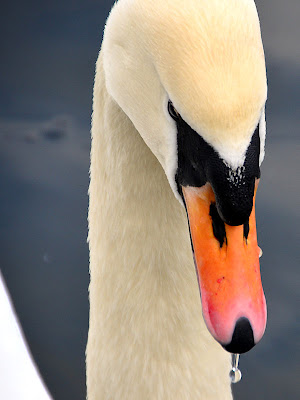 I look at the work of competent photographers submitting their work to online photo sites and know that I have a very long way to go before I'm even close to being good but I have the same feelings when I look at my paintings and drawings. However, what I have learnt over time is that the pleasure of our hobby doesn't come from how good we are, it comes from the journey we are on. ;-) 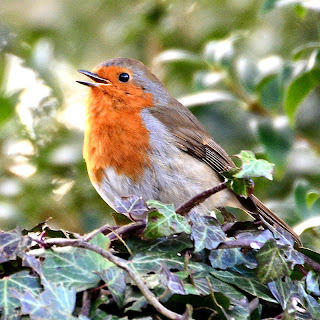 It is a fact that most British gardens can boast their own resident Robin, and mine is no exception. I can't ever step into my garden without Robbie whistling out a greeting and hopping into a prominent position where I can see him, and he can keep his eye on me. I say "keep his eye on me" because that's just how it feels.

I have two Apple trees in my garden that are the last remaining evidence of a small orchard that used to exist here in what used to be a Victorian Kitchen Garden. Regrettably, both trees have become hollow inside and are unsafe. We have therefore made the decision to take them down and plant 3/4 new fruit trees in their place. It doesn't need me to tell you that this wasn't going to happen without some very enthusiastic involvement of Robbie .... Site Supervisor, Health & Safety Coordinator, Project Manager and Buildings Inspector.

A week ago, I headed outside armed with my Chain Saw and Pruning Saws and set to work. And as I was sawing away at the first of the trees I was sadly reflecting on the fact that these weren't just trees. Okay, so they haven't produced very good fruit for several years now, but the Bees love the Apple Blossom in the spring, and so do I. They provide structure and height in the garden and there is nothing finer than sitting in their dappled shade on a hot sunny day, especially with a beer close to hand. 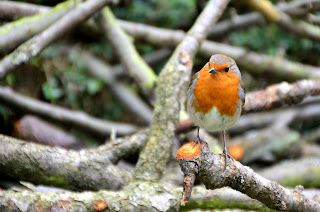 As I was felling the first tree today, Robbie sat in the other watching my every move and he was more vocal than usual, if that's possible. It took me two days to cut the trees down to just a few feet from the ground and get everything stacked tidily, but Robbie was with me throughout. I actually found myself talking to him and sometimes he would tilt his head as if he was actually listening.

But it was in his management roles that he excelled.


He inspected my wheelbarrow (look closely) .... 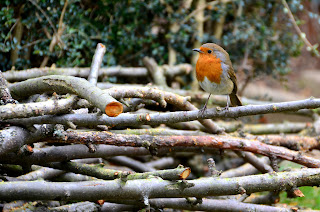 Warned me of poorly stacked (strewn) piles of cut branches ...

Monitored how long I took for tea breaks ...

And closely inspected the finished works. 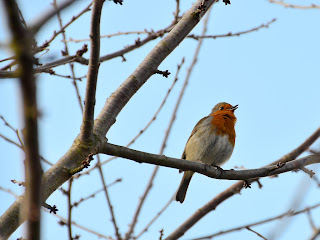 I don't know if this little chappie is just being naturally terretorial and worrying about what I may or may not do to HIS back yard, or whether he's genuinely curious and interested in what we humans get up to, but whatever his motives, he's great company in the garden and a lot of fun.

Circumstances, coupled with an inability to set my mind to anything, are preventing me from getting on with any art right now, though I do try to get round the blogs I like to follow as and when I can. I took my camera for a brief walk in the park the other day so I may come back and bore you with a few 'Birds on the lake' photo's one day soon. Don't say you haven't been warned. ;-)