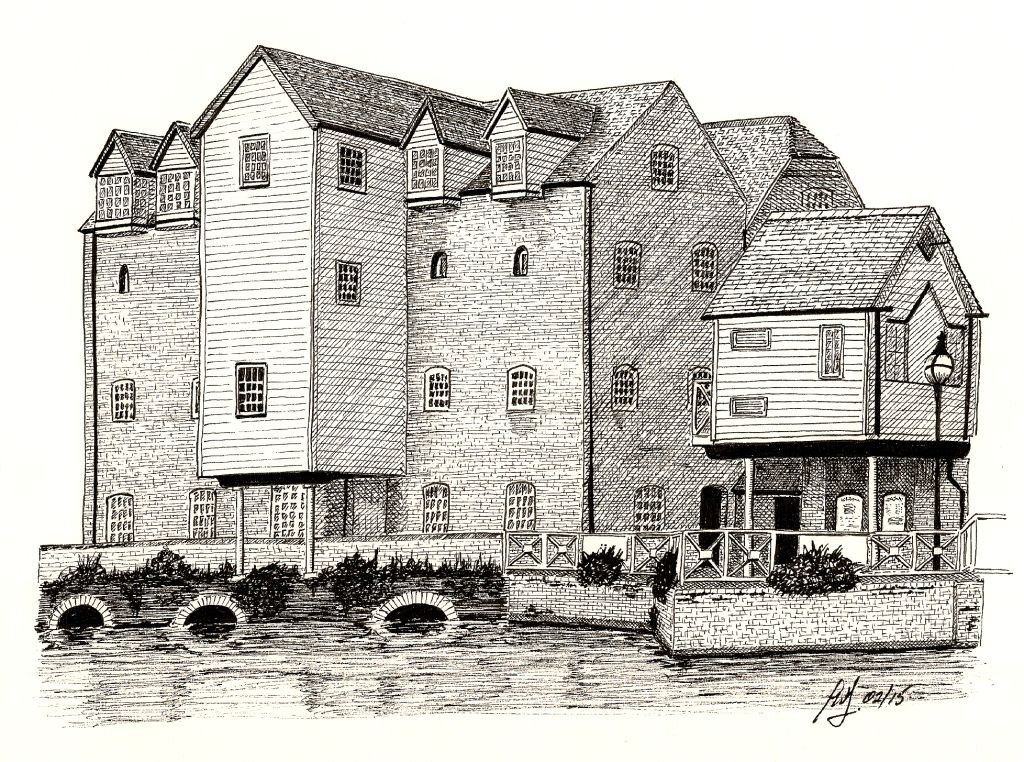 Following my recent small Pen & Ink drawings I wanted to try something more ambitious and decided to attempt this Mill which sits on the River Avon at Tewkesbury. The Mill is mainly brick built but the centre structure on legs, the small attic rooms and the small building to the right (also on legs) are made of white painted timber. The roofs are tiled and the water is wet. Regrettably I messed it up within the first couple of pen strokes but I'd spent so long drawing it out in pencil I hadn't got the heart to scrap it and start again so decided to use it as a practice piece. I wanted to better understand how to using hatching to depict brickwork, timber, tiles, water and so on, so a few wonky roof lines and wobbly windows weren't going to make a lot of difference to my learning process. Apart from the bad bits I'm not displeased with it and it was certainly a fabulous piece to practice on. The hatching and shading disguised a multitude of sins and I learned a great deal from doing it. 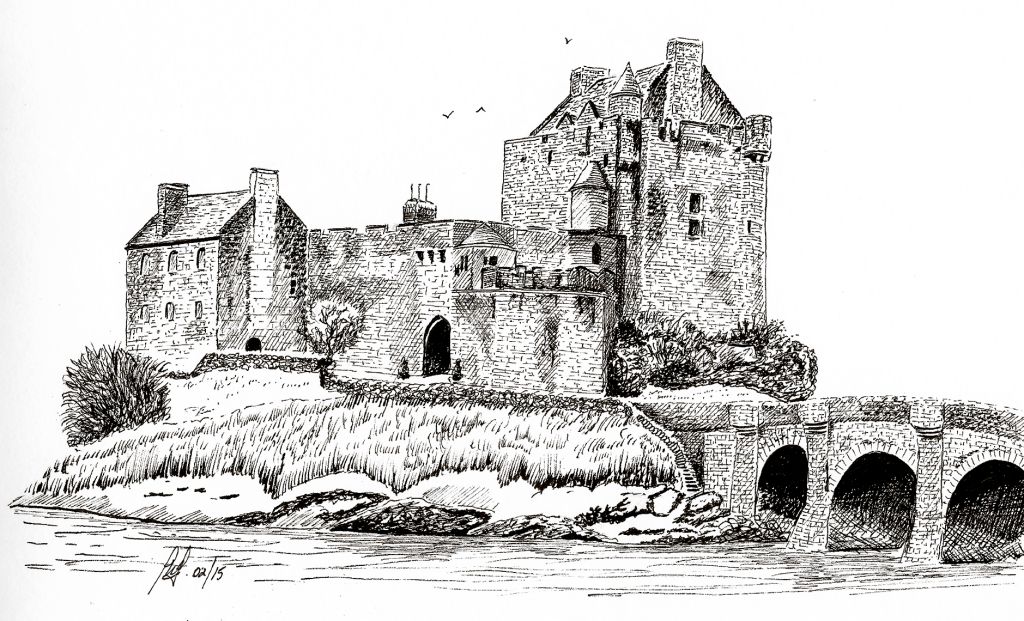 My next piece was specifically done as a practice piece. One of my all time favourite places even though I haven't been there yet (it's on my bucket list) is Eilean Donan Castle in Scotland. I've decided that I'd like to draw it in Pen & Ink but to do justice to it, I think it needs to be a large drawing so as to allow for plenty of detail. To enable me to appreciate how best to hatch in the darks and shadows and to aid in the overall composition of the drawing, I decided to do a smaller (10" x  8") practice piece.

As usual, some of my verticals aren't vertical but that doesn't stop the practice piece from serving it's purpose very well. This particular composition is too wide. I don't like the way the bridge hangs out on it's own to the right, yet I feel the bridge is an important feature. I'll look at other options but I'm thinking artistic licence could bless me with a large Oak tree to the right of the castle. I'm pleased with the shading of the end gable of the building on the left but many other areas don't work as well as I'd hoped. I didn't want to overdo the diagonal hatching and I've achieved that, and I've also achieved a 'stone' appearance to the castle, however I think I need to have another practice run to try out some other effects.