Tempus fugit and all that. 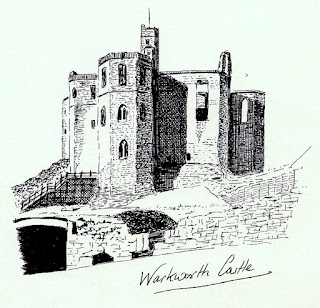 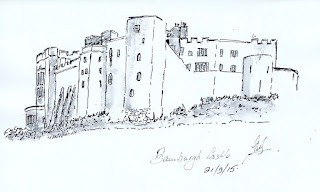 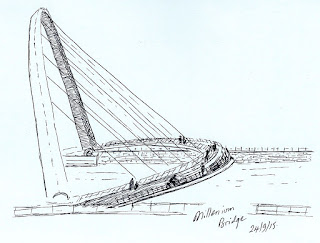 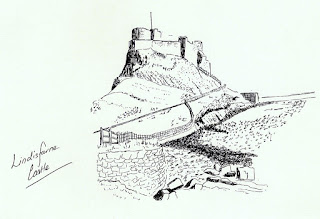 It's been over 4-months since I last posted. In my last post I mentioned that summer was almost here, and as I write this I can't help but notice that it's now over. I also note that my last post said I was determined to do some urban sketching this summer but I've failed miserably and haven't ventured out with my sketchbook once. What happened to the summer?

That said, I am recently back from a wonderful holiday in Northumberland during which I succeeded in sketching en plein air on several occasions. I sketched Bamburgh Castle in the rain, the Millenium Bridge in Newcastle in the sunshine and Lindisfarne Castle on a dry but cold and windy day. Yep, British weather at it's best. The sketch of Warkworth Castle was a bit of a cheat as I used a tourist leaflet as a source of reference.

Keen to pursue my interest in Pen and Ink work I recently tackled this picture of Willy Lott's Cottage. I'm sure you're all familiar with it but for anyone who isn't, Willy Lott's Cottage was made famous by John Constable in his painting "The Hay Wain", and he included it in a number of his other works too. It is in Flatford, Suffolk, which was an area Constable painted frequently.

Pen and Ink seems to be my preferred medium at this time and I'm keen to progress it. Although I'm feeling much more competent with the medium than I ever did with watercolour I still feel that my marks, especially hatching, have a 'novice' look to them. Hopefully, the more I do, the more 'natural' the marks will look. With fingers crossed I shall march onwards and upwards as this is a medium I'm really feeling at home with. ;-)